If you have been looking online for a magician you will notice that almost everyone you come across is selling themselves as “award winning”. This is a very easy line to use and it seems to give the client assurances about the magician in question.

What you really need to be looking at is what awards they have won. Almost every town has some kind of magic society and each of them usually hold their own annual event or competition. More often than not there are only a few entrants and the standards can be quite low. Winning the third place in “The Bognor Amateur Circle of Magicians Close-up Competition” allows the recipient to quite justly now pronounce themselves as “award winning”. If you are interested in such things there are only three major close-up magic competitions held annually in the UK.

They are, The Magic Circle Close-up Magician of the Year (not the northern magic circle or the Leicester magic circle etc.), The International Brotherhood of Magicians British Ring Competition and The MacMillan International Close-up Magician of the Year competition. Matthew Wright is the only living magician and only the second in history to have won all three of these competitions.

If you look outside of the UK the biggest competition in the world is called FISM and is like the Olympics of Magic. It is only held once every three years and only one or two people from each country are sent forward to compete. In 2012 Matthew was chosen to represent Britain at the FISM World Championships in the Close-up Magic/Parlour category. This was a great honour for Matthew and he did his country proudly coming in at SECOND PLACE against 50 of the world’s greatest magicians from all across the planet. 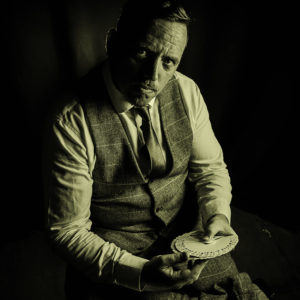 Matthew Wright - one of the world's most celebrated magicians is available to hire for your next event in the Costa Del Sol. From Boat Parties to Weddings, and from Corporate Events to Birthdays - Matthew always delivers amazing magic, big laughs and takes your event to the next level.

For bookings and more information email: matthewwrightmagic@gmail.com
Scroll to top